Please come along to our Social Badminton Club Nights:

Subject to change due to Bank Holidays/Tournaments 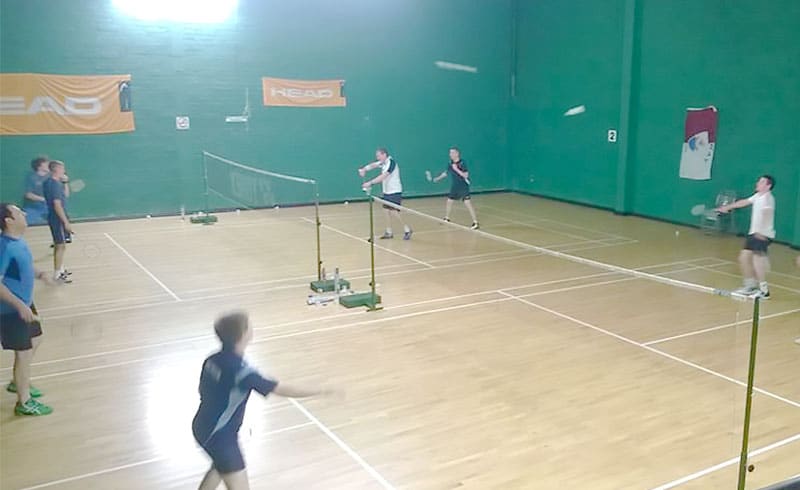 We have seven Championship Badminton courts in GLTC, two in the “small hall” and five in the “big hall”. Badminton Club Night consists of friendly doubles, providing each player with a variety of games. It is intended to be fun and gives you an opportunity to meet and socialise with other members.

Badminton Club Nights takes place every Monday and Thursday night (except Bank Holidays) between 8pm – 10pm. The Club welcomes non-members who can trial any of our club nights up to five times. Coaching is provided at Badminton club night so even if you have never played before, you should come along anyway. You don’t need a partner to participate, not even a racket!

The night consists of friendly games of Mixed Doubles and Mens/Ladies Doubles, thus providing each player with a variety of games and the opportunity to meet and socialise with other club members. Players of any standard may take part and since our resident Coach organises the games, which change every 15-20 minutes, players can be assured that they will be partnered up with players of their own standard.

On the last Monday of each month, after club night has finished, everyone moves up to the bar for some refreshments and a chat! If you haven’t tried it out already, come along and you will not be disappointed!

We are now taking bookings for our Badminton Summer Camps [...]

Our Head Badminton coach Declan Bennett will be running two [...]

Badminton Club Nights are now on two nights per week. [...]

We would like to extend a very warm welcome [...]